published on February 28, 2017 by Sonia Mastros 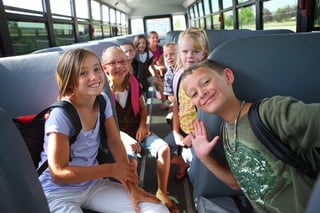 More school districts are discovering that propane could be one of the big keys to cutting school bus transportation costs. In fact, according to a 2014 Department of Energy study, "Propane buses are now mainstream, and represent the nation’s fastest growing transportation fuel." Many states now have hundreds of propane-powered buses in their fleets, including Arizona, Texas, California, Nebraska, Oregon, New York, and Pennsylvania.

One of the newest additions to this list is the Bradford Area School District (BASD) in Bradford, Pennsylvania, which serves approximately 25,000 students. They recently invested in eight propane-powered vehicles to cut school bus transportation costs and have been so impressed by the results that they are currently implementing a twelve-year plan to change over all their buses to propane.

The benefits are numerous while having very few drawbacks, aside from initial expenses associated with buying new vehicles.

By bulk-buying propane for an on-site fueling station, BASD is paying literally half as much for propane per equivalent gallon as they had been paying for gasoline. Although it's worth noting this is aided by Pennsylvania having a strong local propane sector, making it abundant for BASD.

Propane-powered engines are less complicated and easier to work on than diesel engines. BASD estimates they're saving $1,500 per bus/year in maintenance costs.

Propane is far more environment friendly than diesel. BASD estimates they're contributing over 8,000 fewer pounds of nitrogen oxide emissions, as well as 250 fewer pounds of particulates. That's not just good for the environment, that's good for every student on every bus who's not breathing in those fumes.

America provides the vast majority of its own vehicular propane, with no need for overseas purchasing. An estimated 90 percent of propane fuel is produced domestically, with nearly all the rest coming from Canada. This keeps costs down, as well as being good for the economy.

Propane engines run far more quietly than gasoline. This creates more pleasant rides for passengers, as well as drivers being able to pay more attention to students behind them.

Propane may not be an immediate option for every district, given the costs of changeover. For those districts, a combination of GPS tracking, student tracking, and smart software can result in significant transportation savings.

Being able to track every bus and every student creates more efficient routes, better maintenance scheduling, and more accurate state reports. Additionally, it can greatly reduce time spent answering parents' questions and reporting bus delays as well. Smart software can streamline every stage of district bus operations, while remaining easy for office workers to use. For more information or a free demo, contact BusBoss today.

How do you minimize school bus transportation costs? Are you finding ways to save money? We’d love to hear more about the challenges you face and the steps you take to overcome them.