published on February 03, 2017 by Sonia Mastros 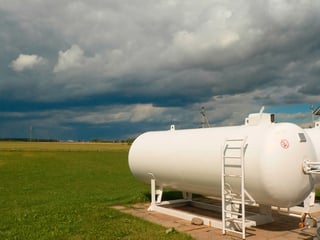 Someone call Hank Hill: Propane could be one of the solutions your school district is looking for in lowering school bus transportation costs!

There's no question that fuel costs are one of the biggest issues facing school bus transportation budgets. Gas prices have been highly erratic in the last decade. While prices today are far lower than they were a few years ago, they still represent a significant drain on school resources.

Worse, since fuel prices are highly reactionary, they can be extremely hard to budget for. All it would take is another refinery explosion in the Middle East or another Deepwater Horizon-style disaster at home and prices could shoot upwards again practically overnight.

According to KSD's press release, they now run 85 percent of their buses on propane, and are on track to make that 100 percent in years to come. These vehicles come courtesy of Blue Bird, currently the #1 producer of alternative-fuel buses in the United States.

Propane is a significantly cheaper alternative to gasoline. KSD is paying $1.15 per gallon of propane, versus a minimum of $1.50 for diesel, as well as enjoying healthy state rebates for their use of alternative fuel. Propane prices are also far less volatile than gasoline, so if gas prices go up, propane won't.

KSD also reports that they've found no significant challenges servicing propane-based engines. It's no more difficult or expensive than maintaining traditional engines. Beyond that, their drivers love the propane engines. They're far less noisy than traditional gas engines, making for a more pleasant riding experience as well as allowing drivers to pay more attention to the students behind them.

And on top of everything else, propane is better for the environment and creates far fewer harmful emissions than diesel. It's truly a win-win-win scenario all around.

Is Propane in Your Future?

For any school district thinking about following KSD's lead, there are two major challenges: upfront costs and propane supply.

Obviously, upgrading an entire bus fleet is no small task, even if selling off the old fleet is an option. Despite the significant day-to-day cost savings it will still take many years for such an investment to break even.

The other issue is propane availability. KSD is benefiting from large-scale bulk purchasing and an installation of fueling services nearby. Other districts may not have this luxury, or the ability to negotiate for favorable bulk prices. Still, it clearly remains an option worth investigating.

In the meantime, districts have also found great success driving down school bus transportation costs by embracing smart hardware\software upgrades. Combining GPS tracking with the latest in software analysis allows them to cut costs, reduce fuel use, and improve their monthly state reporting.

Does your school district have propane-powered school buses in its fleet? Has this saved your district money? How difficult was the conversion? We appreciate your comments.