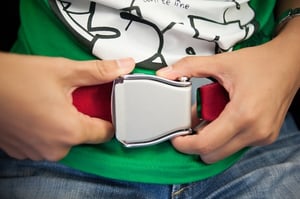 School bus seat belt laws exist in six states; however, some argue that bus seat belts are unnecessary, and even potentially dangerous. It’s a hot topic with parents and school administrators, and this school bus safety issue is certainly worth the continued discussion.

Numerous studies have been conducted to determine the usefulness of school bus seat belts, and the results vary dramatically. Transportation experts point out that because of the enormous number of potential variables, from student age and size to road conditions to evacuation risks, there is no way for a test to yield significant results. School bus safety advocates continue to make valid arguments on both sides.

Seatbelts have been a required accessory for cars since the late 1960s. Seatbelt laws for cars and light trucks have been enacted in 49 states and the District of Columbia. It has been proven time and time again that seat belts save lives in smaller vehicles. Many feel that this would prove true for buses as well.

Seatbelts have performed well for school buses involved in high-speed crashes. They also prevent children from being tossed around on buses that are involved in dramatic accidents. Those that cite the pros also suggest that they help keep students seated, which increases the safety level by minimizing distractions for the driver.

The Cons of School Bus Seatbelts

The National Highway Transportation Safety Administration is one of the most well-known entities arguing against school bus seat belts. The exception to their stance is for small buses, under 10,000 pounds, often used to transport younger students, special needs students or small groups. Their recommendation is based on several factors.

Of course, the cost for retrofitting school buses is another frequently cited concern. Some contend that rather than spending money on seat belts, school districts should focus on the concept of “compartmentalization,” or equipping buses with strong, closely-spaced seats with energy-absorbing backs that envelope passengers in the case of a crash.

To learn more about ways that you can ensure school bus safety for your students, reach out to the team at BusBoss.

Does your school district require seat belt use for your bus passengers? If so, what impact has this had on your budget and student safety record? Please share your thoughts.