published on December 30, 2016 by Sonia Mastros 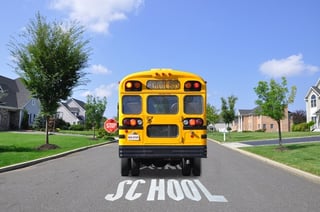 Fulton County, Georgia, is implementing a new program that will use stop-arm cameras to catch drivers who illegally pass school buses. School districts across the country are finding success with similar programs, designed to enhance school bus safety. Stop-arm cameras provide photographic evidence of vehicles that pass school buses while they are preparing to unload or load students.

In 2014, Georgia was ranked number one in school bus violations in the country. County commissioners voted to partner with Fulton County Schools in an inter-governmental agreement. The Fulton County Police Department will also partner with these entities to ensure the success of the program. Police will be responsible for enforcement and review of passing motorists caught on camera. The Fulton County Government will dedicate resources to prosecuting offenders.

Those that violate the traffic laws regarding the passing of school buses in Georgia face a fine of $300 for a first offense, $750 the second time, and $1,000 after a third violation. Fines went into effect in March. Nearly 80,000 students ride the 760 school buses that Fulton County Schools operate. Points are also added to the offending driver’s license. A similar program was implemented by Gwinnet Schools in 2015.

A Focus on School Bus Safety

A recent statewide survey that included over 12,000 school buses recorded nearly 9,000 instances of illegal passing during a one day period. This is particularly dangerous for students, who are not always visible when entering and exiting a school bus. While school buses are still an extremely reliable form of transportation, other drivers do pose a risk to students while a bus is stopped. Plans are also underway for an educational marketing campaign that will highlight the dangers of illegally passing school buses.

Stop-arm cameras are just one of many technologies that Georgia school districts are implementing to keep school bus riders safe. To discuss some of the options that your school district can employ to ensure school bus safety, contact the team of transportation specialists at BusBoss. We have several tools available that can help your district manage and track its school bus safety efforts.

Is your school district using stop-arm cameras to track illegal passing? Has this helped decrease violations? We’d love to hear from you.