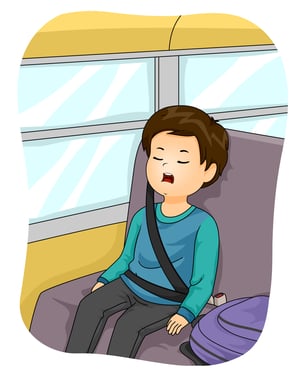 For decades, one of the most controversial subjects involving school bus safety was the matter of seat belts: Should school bus seat belts be mandated?

The debate has been reignited this summer with the introduction of Ohio House Bill 680 on May 22, 2018. In response to a recent tragic crash which killed a student and teacher, the bill would require all buses purchased after June 1, 2019, to come with lap/shoulder belts on all passenger seats, as well as mandating an aggressive upgrade policy for existing buses.

There are, in effect, two separate debates happening right now: 1) Are school bus belts a good idea in general; and 2) Is the Ohio HB680 a good idea specifically?

In regards to #1, the data available is simply inconclusive. It would seem common sense to require belts on buses, since they are required in other vehicles, but buses are already built to be extremely robust and crash-resistant. According to the NHTSA, on average there are 128 school bus crash fatalities nationwide each year. That is already an exceptionally low number, compared to the tens of millions of bus riders each year.

But, it is hard to argue that belts wouldn't save at least a few more lives.

In short, there are no easy or simple answers as to whether bus seat belts would be beneficial overall.

As to question #2, that is the real crux of the issue. HB680 is being criticized on many sides for a variety of issues:

Regardless of one's opinion on school bus seat belts in general, it is hard to avoid seeing this bill as lacking some due consideration and planning.

What do you think? Does Ohio have the right idea? Or is this a situation where they shouldn't rush to legislate? Let's talk about it.