The Future Of School Bus Transportation: Raising the Safety Bar 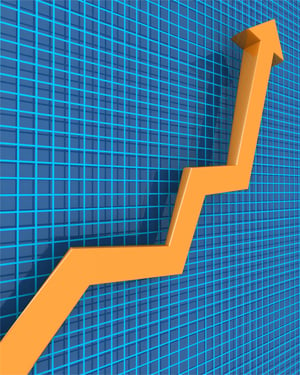 When it comes to running a school bus transportation system, nothing is more important than protecting the precious cargo onboard each bus. For a long time, transportation administrators had limited options for improving bus safety, but in recent years we've seen a big boom in research and development of new bus safety features.

So in today's article, we wanted to highlight some of the new safety systems that may be coming to your school bus transportation system in the near future.

One of the worst scenarios for any school bus system is to accidentally leave behind a child on the bus, particularly at night. This is why we're so excited to follow the Edge3 Ambient Sensing Node, a device capable of detecting any movement onboard a supposedly empty bus. It's so sensitive that it can even detect a child sleeping underneath a blanket, underneath a seat. At least, so the manufacturers claim.

The Edge3 is currently available, but new enough that it will take some time to see if its real-world capabilities match up to the sales pitch. If it does, though, this could easily become a standardized feature in the near future.

Airbags are hardly new technology, but a race is on to find creative ways to put them onto school buses in a cost-effective manner. Some of the most interesting proposals involve side air bags, since side impacts are currently the most dangerous form of bus accident. Proposals such as having one huge airbag along each side, rather than individual airbags, are being explored.

This one is still a ways off, but airbag-equipped buses would be far safer - particularly in "T-Bone" crash situations.

If airbags cannot be used, what if the seats themselves can be made safer? Smart seats such as the SafeGuard FlexPlus combine multiple approaches plus clever engineering to create seats which are better able to cradle and shield children in case of accident. These seats even include special indicators to help districts know when the safety features require servicing.

The price is still a bit high, but these could easily come down in cost in the next 5-10 years.

These are available today, from several companies, although rollout thus far has been slow. Simply put, they're sensors placed in the driver's blind spots, detecting movement in the "danger zone" around buses. This allows drivers to more easily know if cars are present, or even to track students who are out of sight. It's a small thing, but it helps!

What safety features do you hope to see? Let us know in the comments below!