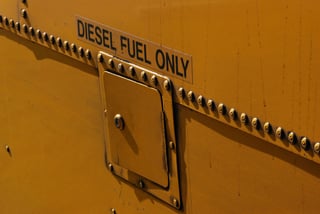 The topic of school bus fuels and the environmental harm done by bus fleets is being treated with increasing concern. With the majority of school buses on the road still being powered by diesel engines, they’re responsible for a lot of pollution. Many districts would like to explore alternative school bus fuels, but the expenses involved can be daunting.

This is why the Texas Clean School Bus Program is such a big step. For years, Texas has provided millions in rebates to school districts that upgrade their fleet to use alternative school bus fuels, or at least cleaner-burning gasoline engines. The latest version of the program was recently announced, so this is a good opportunity to look at Texas’s efforts.

How Texas Is Pushing for Alternative Fuels in School Buses

In February, Texas announced that $6.2 million dollars would be made available to districts upgrading their bus fleet. The upgrades will need to happen in 2018, with the deadline for submitting a rebate request April 26, 2019.

Two major types of upgrades are covered by the rebates:

1. Purchasing new alternative fuel school buses – These must be replacing diesel buses from before 2007, which have seen at least two years’ active service. These must be new buses, from either the current or the previous model year, and be similar in size and design to the buses being replaced. Also, buses being replaced must be decommissioned, scraped, or shipped outside North America.

The rebate can cover up to 75% of the purchase price of a new bus.

2. Engine retrofits – The rebates can be used for a wide variety of initiatives to refit the engine either for using alternative fuels or cleaner-burning versions of diesel engines such as filtration systems. Buses being retrofitted need to have at least five years of planned life remaining.

Schools can get up to 100% of their retrofit costs back.

With either option, up to five buses are covered. The only other major restriction is that the upgrades have to be voluntary rather than mandated under state or Federal law.

This is a great way to encourage alternative school bus fuels, particularly because so many districts are already strapped for cash. Buses can be a major source of pollution, so these sorts of initiatives fundamentally serve the public interest in multiple ways; alt-fuel buses are often easier to maintain, and they don’t pollute the air as much.

What do you think? Should states be taking a more active role in pushing for alternative fuels in public transportation systems? Let’s discuss it in the comments below!