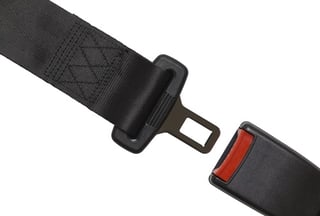 It's one of the most common pieces of common knowledge regarding school bus safety: Buses don't need seat belts because they're already so safe that belts simply aren't necessary, so there's no point installing them.

But is that about to change?

A new study occurring in Iowa this year is challenging the common belief that there are no real benefits to installing seat belts. Now, it's absolutely true that school buses are incredibly safe already; they're regarded as the single safest form of ground transportation in use. On average only six students die in school bus accidents every year, and most of those occur in accidents so catastrophic that it's questionable whether seat belts would have made a difference.

Iowa, however, is looking at the bigger picture: What other benefits might seat belts provide, which improve school bus safety and efficiency?

It's an interesting take on the seat belt question, specifically because nearly all previous studies on the topic have focused almost entirely on accidents and injury\casualty rates. The basic question of whether seat belts will improve behavior is a relatively new idea to test.

Of course, this could go either way. If the students don't automatically buckle up, or if they're prone to unbuckle while en route, the seat belts could prove to be a bigger hassle than they're worth. This would be especially true if the bus driver felt pressure to actively enforce seat belt use. A particularly unruly group of students could end up forcing the driver to waste a lot of time and energy trying to keep everyone belted.

On the other hand, DMPS officials are quite optimistic about the tests, saying, "We anticipate some positive results." And if seat belts do encourage students to remain seated, that could substantially reduce behavioral disruptions throughout the journey, improving school bus safety overall.

There's no way of telling how the Iowa experiment will turn out, but we can't help wondering if a slightly more high-tech solution would work even better. If seat belts had electronic monitors installed, those monitors could be linked into a bus's existing student tracking system. This would give drivers an easy way to verify belt compliance without having to watch through mirrors, as well as giving them hard verifiable data on student misbehavior.

It's a fascinating subject, and we'll be watching the experiment with interest. After all, anything that can improve school bus safety is ultimately a good thing. What do you think of the efforts in Iowa?