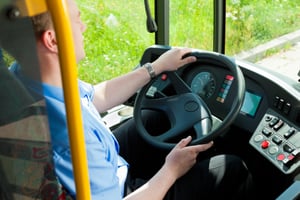 When a parent allows their child to ride a bus, there's a lot of trust involved. They need to believe that the driver is going to protect the students, and consider school bus safety to be their top priority. Unfortunately, this is not always the case - as we see in a recent incident in which a Tennessee driver was caught texting-and-driving multiple days in a row.

Tough polices have already ensured that the driver is no longer behind the wheel, but it suggests a problem that still has yet to be fully solved.

Distracted Driving Is An Unacceptable Threat To School Bus Safety

The facts of the case are remarkably clear-cut. A bus driver for Robinson County Schools, around Springfield, TN, was unmistakably caught texting-and-driving by a student who captured video of the incidents. This happened on two consecutive days, at which point the student and their parents brought the matter to the school.

In turn, the school district acted swiftly, calling the driver in to discuss their behavior.  Before the week was out, the driver had already resigned their position. So, kudos to the district for swift and decisive action.

The identities of both the driver, and the student who caught them, have not been made public.

If this is the worst that the driver faces, they can consider themselves lucky. Tennessee has relatively strict penalties in place prohibiting distracted driving among bus drivers, stemming from a fatal accident in 2016 involving a driver who was texting. Should the driver be brought up on charges for the incident, they would be facing a minimum sentence of 30 days in jail, a $1,000 fine, and a lifelong ban from driving school buses within the state.

However, so far there has been no announcement regarding whether the driver will face charges.

So, if harsh criminal penalties won't stop drivers from texting-and-driving, how can you ensure that school bus safety is maintained? As a few ideas:

There's probably no magic solution here, but this is still a safety issue that every district must consider. Does your district have any specific policies for preventing distracted driving?  Let us know below!