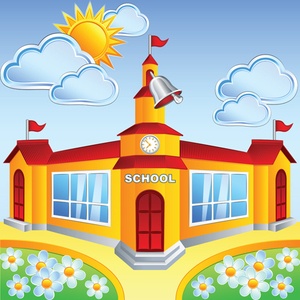 It’s well known that student bus transportation costs are a huge part of a school district’s budget and a truly unavoidable expense. It’s only natural for school districts to look for ways to minimize the costs. Now, some districts are beginning to design their bell times largely around their transportation needs, but bell times impact every aspect of a district. Any major change will cause ripples across the entire city. Even if changing bell times would allow a district to cut thousands – or millions – of dollars from their transportation budget, is it worth the disruption?

Elements to Consider: Should Bell Times Be Dictated by Student Bus Transportation Needs?

Bell time rescheduling is generally considered in cases where buses are overstretched by the current bell schedule. For example, if a school has more high school students than middle school, it might make sense to have HS students arrive and depart last each day, but that runs contrary to how bell schedules are set-up. Resistance will be high to a major change. Before even proposing a shift in bell times, a transportation director would need to have hard numbers demonstrating serious cost savings, or else the idea will be seen as unjustified.

If a transportation coordinator wants to look into a big change in bell schedules, it will help a lot of they have research suggesting the change will also help students. There is actually considerable research suggesting that high school students benefit cognitively from a late school schedule more than elementary or middle schoolers. If the data is presented, it could easily support your proposal.

On the other hand, changing the bells to a system which could harm students’ academic progress would never get off the ground. It would be best to do the research first to avoid making such a proposal.

3 - Sports and other extracurricular activities

Another major factor to consider is how this will impact the various extracurricular activities at your school. This aspect can be trickier than it might seem at first, particularly for high-achieving students who are juggling several activities. A shift in bus times could force them to drop activities. It’s a good idea to request schedules from various sports teams and clubs, covering both their regular meets/practices, as well as a general schedule of special events they participate in.

Give the various clubs’ input, and let them feel like they’re contributing. It will help soften the blow if a bus schedule change affects their scheduling.

This is where the proposal can get very tricky to manage. Depending on how many people are in your district, it can be assumed that a major bell schedule change will inconvenience hundreds or thousands of families whose lives are built around the existing schedule.

This can be difficult to mitigate, but if your town has a few large employers, consider getting in touch with those employers. Gauge how willing they would be to shift their own schedules according to the majority of parents’ needs. If you can work something out with them, things will go more smoothly.

Should Schedules Be Built Around Student Bus Transportation?

It’s a tricky topic. What do you think? Would you change your bell times to save money?