published on December 18, 2018 by Sonia Mastros 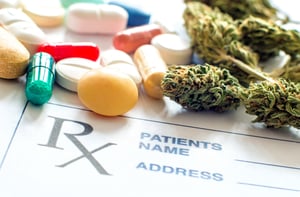 A genuinely unique case involving a student riding the school bus recently happened in California, and it could mean districts across the country will have to re-evaluate some of their policies.

Earlier this year, a five-year-old named Brooke Adams was denied access to school buses - and to her Bay Area school itself - because she had been prescribed Epidiolex to counteract the crippling convulsive seizures she suffered. Epidiolex is a product derived from the cannabis plant, and therefore comes under the heading of "medicinal marijuana." However, Epidiolex is based in cannabis oils, and contains no THC - the ingredient in marijuana that causes intoxication.

In other words, Epidiolex has no potential for abuse. It is prescribed specifically because it's one of the only known sources of relief for those with convulsive seizures.

Nonetheless, Rincon Valley Union School District in Santa Rosa banned her from riding the school bus or going to school at all while she had her prescription. The alternative they presented to her parents was merely providing an hour of home-based schooling per day. Unsurprisingly, this was considered inadequate by Brooke's parents, who initiated legal action under the Disabilities Education Act.

And they won. On August 14, 2018, Brooke Adams was allowed to attend school, with a nurse overseeing the administration of her medication. In the process, she became the first student in the country to attend primary school while taking a cannabis-derived prescription medication.

What the Adams Case Says About the Future

It is difficult to say what exactly led to this situation, although it seems to fundamentally be rooted in a "zero tolerance" policy towards drugs - despite the fact that the medication prescribed has no intoxicating effects, and is only used in the event that a seizure occurs. Even then, one would be hard-pressed to defend the school's proposition that this girl should only receive one hour of schooling per day, as long as she was using Epidiolex.

At the least, this incident suggests that schools around the country will probably need to start becoming comfortable with the idea of "medicinal marijuana" being in classrooms - when properly prescribed, of course.

However, it also suggests that districts may need to think harder in the future about how they enforce rules which do not allow enough wriggle room for exceptional cases. With new medications and treatment techniques continually being developed by science, schools will need to be more willing to adjust their standards and policies on who's riding the school bus. Students should never be denied an education due to medical conditions beyond their control.

What about your district? Would there be bureaucratic hurdles if a child required Epidiolex? It's time to talk about this.