published on December 21, 2021 by Sonia Mastros 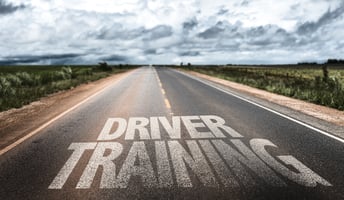 Tensions in America are high right now, and it's spilling over into our schools. These days, it seems like the news is full of stories about conflicts between parents and school staff, including bus drivers. There had always been occasional reports of conflicts or fights between drivers and parents, but now we're seeing such reports all the time.

In just the past couple of weeks, we've had a parent reportedly slapping a driver, a mother being told to "shut your mouth" by a driver accused of mistreating her kids, and more.

A bus driver can't undo the high level of political tension in the country at the moment, but they can help prevent things from getting worse. De-escalation training has always been a good idea for school staff, but now it seems like it should be a central part of any school bus driver training program.

The Importance of De-Escalation Training for Bus Drivers

The essence of de-escalation is to prevent a bad situation from becoming worse. Very often, maintaining a cool head, even temper, and a sense of empathy can defuse a potentially violent situation.

Some of the most important elements of de-escalation include:

This is the most important of all. If a bus driver remains calm and rational, even in the face of an upset parent or guardian, their odds of defusing the situation go way up. On the other hand, if the driver loses their temper, the situation is almost certain to go south.

2. Be Aware of Body Language

It's easy for someone who feels threatened to take on a posture or body language that increases a sense of hostility. Drivers in a conflict should keep their facial expressions and body language as neutral as possible to avoid being perceived as hostile.

3. Listen and Be Empathetic

All too often, when a parent is angry and yelling, it's because they feel like they aren't being heard or taken seriously. Sometimes, all it takes to diffuse a situation is to hear them out and acknowledge their feelings. Conversely, immediate dismissals or denials will only make them angrier and more combative.

If someone wants a fight, they'll start using "fighting words" intended to anger the other party. It's absolutely vital that a driver be aware of this tactic and not let it get under their skin.

5. Know When to Compromise

Sometimes, it really is best to give up a little ground, rather than allow a situation to escalate. Many rules can be bent in the name of the greater good. This is a judgment call, of course, but one a driver should be encouraged to consider if it will de-escalate a conflict.

Is de-escalation already a part of the school bus driver training in your districts? If so, please share your own tips in the comments!