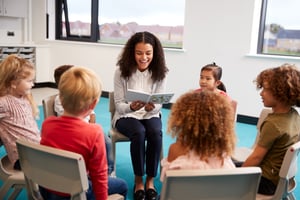 For decades, the traditional wisdom said that young children should be 'eased into' full-time schooling. This meant having preschool and kindergarten programs that were only part-time. However, recently, there's been a growing call for a shift to full-day kindergarten - and it's bringing a lot of heated debate from both sides.

There's no simple answer to the question, but here is a quick rundown of the arguments on both sides.

Is Full-Day Kindergarten a Good Idea?

What's lacking, however, are more long-term and holistic wellness studies. For example, a Duke University study suggested that most benefits gained from full-day kindergarten had been averaged out by third grade. It is currently up in the air whether full-day kindergarten produces results that last long enough to be worth making a major policy change.

The counter-argument generally focuses on students' emotional and psychological development, ahead of academics. Many five-year-olds may not be ready for full-time classes, particularly if they have not attended preschool previously. Also, there have been noticeable differences in behavior between older children who are closer to six, and those who only barely made the age cutoff.

The concern is that taking them away from their parents and childhood activities may cause emotional problems. Also, if a student is unprepared for full-time class and becomes known for behavioral problems, it could potentially set them on a road towards failure.

There is also the financial angle to look at - but like the other arguments, it's not clear cut. Requiring full-day kindergarten would mean substantial extra expense for schools, money they may not have without raising more funding. On the other hand, full-time classes would relieve some financial burdens on parents, particularly lower-income parents who may struggle to provide for their children.

Plus, while it's perhaps old-fashioned, there's also the question of whether we should let children be children. Continuing to push them towards school at earlier ages takes away from independent learning and playtime, and for young children, playtime is learning time. Here, again, the long-term psychological effects have not been studied well enough for any conclusions to be drawn.

In short, this is a contentious topic with no clear-cut answers. What do you think? Should schools offer full-day kindergarten? Should it be mandatory or optional? Let us know your thoughts in the comments below!