published on September 27, 2019 by Sonia Mastros 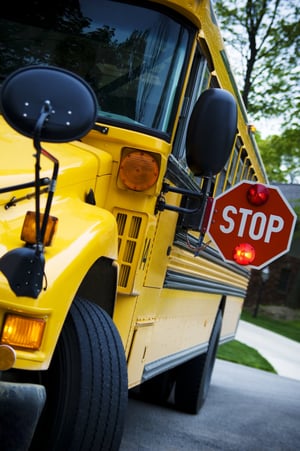 On June 17, 2019, Maine Governor Janet Mills signed Senate Bill 166 into law - fully legalizing the use of school bus stop arm cameras across the state. As with similar laws in other states, these cameras can be used to identify and penalize motorists who disregard the stop arm, endangering children with illegal passing maneuvers.

Maine is the 19th state to pass such a measure. Combined with the six states who leave it up to the districts, fully half the states of the union now allow for stop arm cameras in some form. However, controversy still swirls around these laws. Will SB166 actually reduce illegal passing near school buses... or is it merely monetizing the endangerment of children?

SB166 is substantially similar to other state laws legalizing stop arm cameras, although with a couple of interesting twists. One is that the bill makes no mention of allowing third-party companies to access the data - it only allows for the camera data to be released directly to law enforcement.

This may be intended to mitigate one frequent criticism of traffic enforcement cameras in general. When a third party is responsible for oversight and enforcement, it can become difficult for falsely-accused motorists to dispute the claims. There are also obvious privacy concerns with releasing this data to third parties.

In fact, the bill specifically prohibits schools from retaining camera data for more than 30 days, except for data specifically being used in criminal proceedings.

The bill also allows school buses to be outfitted with extended stop arms, which can stretch outwards 3-6 feet past the side of the bus. These serve two purposes. They help make the stop arm more visible, while also creating a more deliberate barrier blocking the lane nearest the bus.

Finally, the bill does not change penalties associated with illegal bus passing. A first offense is a $250 fine, while a second offense within three years brings a mandatory 30-day license suspension.

So, all things considered, this is a fairly moderate bill - and one which lacks many of the elements that concern those who dislike camera-based traffic enforcement.

Still, there is one fundamental problem: Few real-world studies have shown that these policies actually decrease illegal passing. Hard data is genuinely difficult to find. In fact, many districts have found greater success with a far simpler solution: Adding more lights to their school buses.

There is no doubt that more states are embracing school bus stop arm cameras.

Do you agree with this movement? Or do you think other methods are better for protecting students? Let us know in the comments below!