published on November 15, 2019 by Sonia Mastros 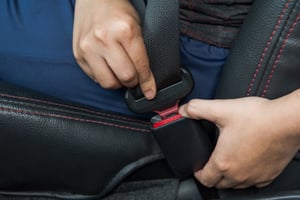 Now, states have begun mandating their use - five states now, with Iowa having recently voted to join in. As of Oct 2, 2019, all new Iowa school buses must include seat belts for all passengers. The new rules also include other safety updates as well, ones other states may emulate.

We may have reached a tipping point on the school bus seat belt debate. Here's what Iowa has to say on the matter.

Earlier in the summer, Iowa voted to update its Chapter 44 laws to include several new school bus safety features. The biggest of these, of course, is the requirement that new school buses include seat belts.

Critically, this change only affects new bus purchases. There is currently no requirement that older buses be retrofit. The thinking is that older buses will be phased out naturally, and trying to mandate retrofits simply would not be cost-effective. As a result, it will be some time before seat belts become commonplace on Iowa buses.

This is estimated to increase the price of each new bus purchase by roughly $8,000, which is small compared to the overall price of a new bus.

In addition, new buses in Iowa will be required to add the following safety features:

All of these seem quite reasonable, particularly the addition of a second stop arm. Several studies have suggested that stop-arm violations may often be the result of drivers simply not seeing the stop arm in time, so hopefully, a second arm near the end of the bus will reduce violations.

Otherwise, only time will tell whether the new seat belt mandate will increase crash survivability. In the meantime, at the least seat belts do seem to encourage better on-bus behavior, and that's a worthwhile upgrade on its own.

Is there a push for school bus seat belts going on in your district, or your state? What does the overall outlook seem to be? Let us know in the comments!