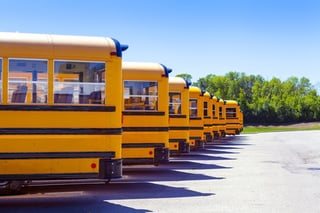 Indiana recently began conducting its standard yearly school bus safety inspections on all the vehicles across the state, and the good news is that there were very few problems. According to police conducting the inspections, most of the problems found were relatively minor and easily fixed, and one of the districts surveyed passed with 100 percent on the first try.With school bus safety inspections mandated across the country, this is one of the most important issues a school district can focus on. It's not merely about the safety of those riding the bus, it's also about preventing small problems from becoming big problems later on.

Indiana didn't have such an easy time with its inspections by accident. It was necessarily working to ensure the inspections went smoothly.

Keeping On Top Of Your School Bus Safety Inspections

No one is going to know the bus better than the school bus drivers who are assigned to it and drive it for multiple hours every day. They're going to notice extremely minor changes in the bus's performance, or even aspects such as the engine sounding a little different.

It's vital to always follow-up on any complaints or suggestions they make regarding bus performance. They will rarely be wrong.

We recently commented on Hillsborough County schools in Florida, and the chronic problems they've been having with their bus system. Among the problems they faced was a gigantic backlog of maintenance requests, often meaning that reported problems were going weeks or more without being addressed.

Such a situation is simply untenable: it's literally an accident waiting to happen. Furthermore, it means that relatively minor problems getting progressively worse are highly likely to go from being cheap to fix to being very costly. Hiring a few more maintenance crew is an investment that will pay off in the long run...and it might even save lives as well.

The more information you're gathering about the performance of your buses on the road, the easier it becomes to spot problems before they become problems. Changes in performance statistics such as braking times and fuel mileage are very frequently indicators of trouble in the making. Recognizing those changes early gives you a chance to fix the issue before it becomes dangerous.

Fleet GPS tracking systems can be a highly useful tool here, because they gather moment-by-moment statistics on numerous areas of a school bus's performance. Combined with driver reports, you get all the data you could possibly want to ensure each bus is in peak condition.

Has your district recently had an easy time with their inspections? What have you been doing to ensure your buses are always up to code? Let us know below!