published on December 15, 2011 by Holly Nowakowski 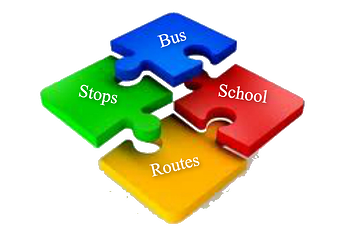 Fleet Optimization was never one of my favorite subjects when it came to BusBoss.  However, as the years have gone by this functionality has greatly improved. I would recommend this to anyone who asks me where to start when creating new routes.

Fleet Optimization is a tool in BusBoss that will automatically create routes based on the specifications entered by the user. Users have the following options:

Routes are created based on the students selected to be included in the route sets.  They can be added according to their current school, route or the boundary/zone they are transported to.

Once the route optimization has completed you can go through each one and see it visually with the stops displayed on the map. Reports are also available to be printed for review. When the district decides they would like to implement the route(s) then they would make them active.

This process can be run multiple times and doesn’t affect the current routing information in BusBoss until they are made active. The important factor to keep in mind is this is merely a starting point. Once you activate the route, you have the option to manipulate the routes making them work for the needs of the district.

In my own experience, a school in Pennsylvania wanted to redistrict and implement school bus route optimization. I helped them run the fleet optimization and then went onsite to assist them in ‘tweaking’ their routes. As soon as the fleet optimization was completed, it had already eliminated a handful of busses and by the time we were finished with the project we had eliminated more than five busses allowing the customer to save a substantial amount of money.

If you’re looking for new ideas with your routes or just want to see how it works, I definitely recommend checking out our Fleet Optimization tool in BusBoss. You might find ways to cut a route or two and save your district money.