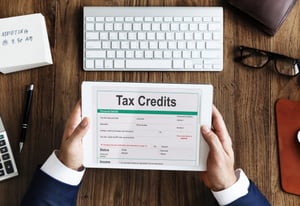 What Is the Alternative Fuel Tax Credit?

From the IRS's fact sheet, the Alternative Fuel Tax Credit is available for most entities that either sell or use alternative fuels. The credit is broad and covers virtually all fuels which are not standard gasoline or diesel, even alternative fossil fuel derivatives such as propane, as well as biodiesel.

For purchasers, the amount of the credit is approximately 50 cents per gallon of alt-fuel but varies depending on the exact type of fuel being used. For those installing pumping facilities, the credit is capped at $30,000 for each facility receiving alt-fuel pumps.

For more information on the specifics, and filing information, please see IRS Notice 2020-8.

The Problem With Extensions

While it is good that the tax credit is being extended, this remains a touchy situation. The tax credit has now been around for long enough that businesses and school districts are coming to rely on it, and may not even be aware of its fragile nature. With extensions being passed every few months, it could potentially go away at any time - and would probably be more difficult to bring back.

This is something that Congressman Chuck Grassley of Iowa, among others, has highlighted the passing of extensions. The government needs a more comprehensive and cohesive plan for encouraging the adoption of alt-fuel, although so far, there is little sign of this happening.

Until then, the tax credit still remains a valuable resource for schools looking to increase the use of alternative school bus fuels - at least as long as the credit exists.

Is the uncertainty surrounding this tax credit affecting your district's fuel purchasing decisions? Let us know in the comments!