published on September 13, 2019 by Sonia Mastros 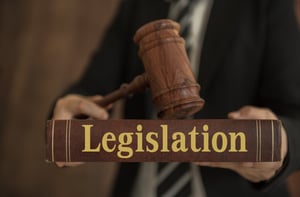 In May 2018, New Jersey suffered a truly terrible school bus transportation accident. A school bus on a field trip collided with a dump truck, resulting in the deaths of a student and a twenty-year veteran teacher, as well as putting 43 others in the hospital.  Ultimately, it was determined the bus driver was the one at fault. Video showed him taking the bus across three lanes after missing an off-ramp, in an apparent attempt to use the official-use-only highway turnaround. In the process, he cut off a loaded-down dump truck which had no chance of stopping, causing the fatal crash.

This prompted a flurry of legislative action, championed by New Jersey Governor Phil Murphy. In December 2018, he signed four bills into law, all intended to improve school bus transportation safety. These primarily increased standards for training and physical examination, as well as drug testing.

The three bills all cover different aspects of bus safety.  They are:

A2436 - Recognizing that school bus safety starts in the district office, this bill requires that district transportation managers with less than 11 years of experience complete a training program specifically for transportation coordinators. This requirement will come into effect in the 2021-22 school year.

S2914 - This bill aims at removing unsafe drivers from school buses by tying their civilian driving record to their school bus driving endorsement. Drivers who accumulate three or more moving violations within a three-year period will receive an automatic 90-day suspension of their school bus endorsement. Further, they can only be reinstated as bus drivers after completion of a defensive driving course.

A4224 - Perhaps the most forward-looking of these new initiatives, A4224 allocates $250,000 specifically for studying the safety of school bus riders in accidents. This study can cover everything from bus design to district office policies. At its conclusion, a full report will be presented to the governor and state congress for further consideration.

All told, these are excellent steps forward. The events of May 2018 were a true tragedy, but it is good that some positive action will come as a result. Other states in the nation may even follow in New Jersey's footsteps.

What do you think? Should these policies be adopted in a more widespread fashion? In particular, should bus drivers' civilian driving record affect their employment? Let's talk about it in the comments!