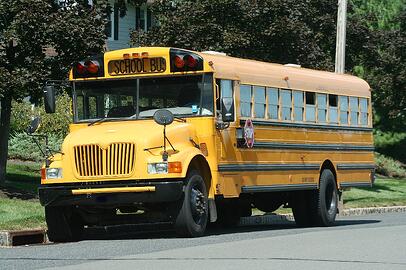 The use of in-bus GPS systems continues to spread, and for good reason. Geolocation tracking leads directly to better oversight, faster communication, shorter bus runs, and an overall safer experience for students on every ride.

While these systems are generally affordable and easy to implement, there's a hidden challenge that many districts fail to consider: The effect on morale. People in general tend to react badly to being "spied on," as recent political scandals have shown. Even legitimately safe drivers may loudly object to having their driving consistently monitored.

Morale problems are more critical in bus driving than in many areas. Having angry drivers behind the wheel is a bad idea for plenty of self-evident reasons.

So, in this blog, we have tips and suggestions for helping your drivers transition to GPS tracking in a positive fashion that encourages them to embrace the system.

1 - Have a well-defined transitional period.

In a bus district of any size, it's virtually inevitable that some drivers left to their own devices will have picked up some bad habits. There might be certain side-roads where they believe the speed limit can be safely exceeded, for example, or railroad lines so infrequently used that they don't fully stop at crossings.

While there should eventually be a strong policy against such "cheats," make sure your drivers understand that they won't be expected to change their driving overnight. Implement policies that give them fair warning when a driving habit will no longer be considered acceptable.

This will greatly reduce any paranoia the idea of GPS tracking may introduce.

2 - Focus on the big picture benefits.

GPS ultimately brings benefits to your drivers as well. After all, that same data tracking can also be used to exonerate them in the event of accident, or other mishap. The GPS data is absolutely valid in legal and insurance disputes.

It also takes much of the stress off them in their daily drives, by keeping track of routes and stops for them.

Further, once the system has been in use for a few months, it can directly benefit them by making shorter and more efficient routes. Once you have a clear picture of the "real world" driving conditions your drivers face, you can create new routes that make their jobs easier.

Focus on the positive. While disciplinary actions may become necessary if some drivers persist in poor driving habits, such action is really best avoided all together. As such, we suggest looking for good driving incentives to reward your best drivers.

There could easily be several "categories" of reward, based on different driving metrics. For example:

These are all areas your drivers can directly affect, even if they don't entirely control them. So, incentivizing quality performance gives them a reason to shoot for these goals. A range of goals leaves it open for several drivers to shine in different areas. 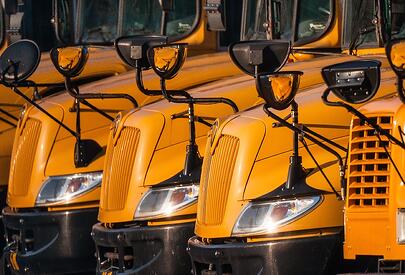 Some may balk at paying extra for what drivers "should" already be doing, but the reality is, incentivization is often what makes the difference between a worker giving 90%, and one giving 100%. When that sort of difference in effort can translate to large fuel savings, reduced maintenance, or even avoided accidents, it's a fair consideration.

Obviously, such rewards should generally be small:

Another good strategy is to also have larger end-of-year rewards for drivers whose performance has been stellar. It gives them something to shoot for over the course of a year, and another reason to care about their job beyond the day-by-day routine.

Finally, we would also recommend you have a suggestion program, for drivers to give feedback on the system. Policies they recommend based on the data which pay off in terms of reduced costs, or safer students, should also be rewarded.

However you do it, these sorts of incentives should greatly reduce pushback from drivers who worry they're losing out when GPS is implemented.

In-Bus GPS Helps Everyone, So Communicate It!

When implementing a GPS system, communication is key. Drivers may feel they're being stripped of their independence, or being "set up to fail" through constant monitoring. If you alleviate these worries through clear policies and a reward-based compliance system, you should have far fewer morale issues with your drivers.

Happy drivers are safer drivers, so morale is a critical concern. Give your drivers reasons to embrace GPS, and your entire district will benefit.