How School Districts Can Take Action to Prevent School Bullying

Currently, bullying is a hot topic at schools across the nation. 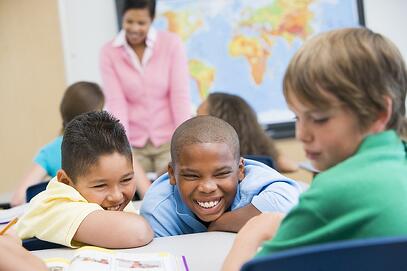 Parents are becoming increasingly concerned about the environment their students are entering, and schools with rampant bullying almost always see accompanying issues with test scores, emotional development, and other disciplinary problems. Bullying creates a poisonous environment for learning.

It's vital that schools today have comprehensive -but compassionate- policies in place to stop bullying, however it happens. This requires a plan of action that involves your entire staff in the campaign.

Six Ways Your School District Can Shut Down Bullying

The heart of any anti-bullying effort is a clear and unambiguous document laying out:

Identifying physical bullying is easy, but don't forget verbal or -more recently- online bullying. It's often hard to distinguish this from everyday banter, but it's important to establish guidelines on when relatively harmless teasing has crossed a line.

Once established, it should be followed with little deviation. Since "bullying" by itself is a somewhat subjective term, this sort of outline is necessary to see a successful anti-bullying campaign.

"It's not fair!" is the go-to excuse for bullies trying to get away with their behavior. This shuts that down.

It's become increasingly common in both primary and secondary schools for teachers or other administrators to establish "Safe Zones" where, for example, homosexual students can discuss their problems without fear of persecution. However, the basic idea could be extended to any groups suffering from bullying at your school.

Besides giving bullied students an outlet to talk, having an advocate on their side also gives them some measure of administrative protection.

Remember, however, that success here is dependent on the Safe Zone staff being truly seen as trustworthy by the student body. It's not for every teacher, just those who the students will honestly feel safe around.

III. Get Every Teacher Onboard

Anti-bullying policies can easily be undermined if a few teachers aren't on the same page as everyone else. There are usually a handful in a school district who make the proverbial "boys will be boys" argument, or who otherwise don't want to interfere in students' power struggles.

Allowing teachers to turn a blind eye to bullying ultimately creates "Anti-Safe Zones," areas where bullies will know their behavior is tolerated.

Especially when dealing with a large student body, it's virtually impossible for any one person to have an accurate overview of all the bullying activity on-campus. So, an integrated student information system and database can be an invaluable tool in getting an honest overview of the disciplinary situation.

Many campuses may not like the idea of keeping accurate numbers on bullying, but it's often the only way to actually deal with the problem.

Likewise, all reports should be logged, even if they're of questionable validity. If necessary, add a "reliability" flag to your database that tracks how likely it seems a report is true.

Otherwise, it's all too easy for people to sweep problems under the rug by never filing the information away. 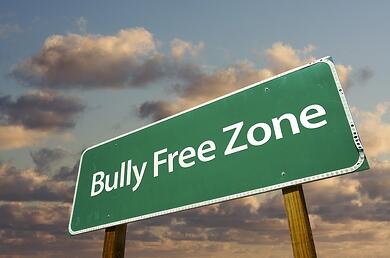 While it's a somewhat controversial move, there's little denying that an RFID-based student tracking system can do a world of good for discipline, especially in problematic districts.

The combination of inexpensive "smart" Student ID badges and a handful of passive RFID (Radio-Frequency IDentification) scanners around your school will allow you to find students at virtually any time and location around the campus.

This can be particularly useful in "he said / she said" situations. For example, if one student claims bullying, and the accused claims to have been across campus, RFID tracking will resolve the dispute instantly.

In extreme cases where two students just cannot interact without violence or bullying occurring, such a system can also warn administrators if they ever come within a pre-set distance of each other.

At the end of the day, we'll probably never be able to prevent bullying entirely - but that doesn't mean we shouldn't keep doing our best. Every student deserves a learning environment that's as free from fear as possible, for the sake of both their emotional and intellectual development.

Even once more immediate problems are under control, your district shouldn't become lax on bullying enforcement. Ultimately, you can only drive bullying from your school through years of effort, creating generations of students who understand the harm that bullying does.

Only concerted and dedicated effort will prevent bullying in our schools. Through a combination of common-sense strategies and technological solutions, we can all make a better learning environment for our students!