3 Reasons For Joining The Tracking Schools

One of the most contentious issues in current American school politics is the matter of the “tracking schools.” Led by experiments in Texas that are being replicated worldwide, these are schools that have begun actively using GPS and RFID tracking technology to “watch” their students and their buses everywhere they go within the school system.

Now, we have nothing but sympathy for those who have privacy concerns about these systems. However, the simple truth is that these systems make a lot of sense, and do a lot of very real, practical good. Enough so that we believe it's time that more districts join these tracking schools. 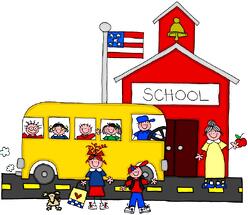 Radio tracking systems improve attendance, keep students safer, and save you money. Privacy concerns alone have a hard time stacking up to all that, especially since there's no real evidence of them having a deleterious effect.

Why You Should Join The Tracking Schools

The most-cited reason for moving towards RFID student tracking, such as through their ID badges, is to increase attendance. Obviously, you're there to educate students, who by law are supposed to be in your classrooms. If they don't show up, you can't do your jobs, they don't get educated, and we all suffer in the long run. Not to mention, of course, that your funding relies on both their attendance and their test scores.

Schools that have implemented RFID tracking have seen improved attendance, as this case study from Australia shows. Closer to home, schools in Texas have seen similar results, reporting a daily increase of about 2% in attendance thanks to the system. This might not sound like much, but it quickly adds up, with that school seeing an immediate return on its technology investment.

Privacy advocates are quick to point at flaws in the RFID system, or to posit unlikely nightmare scenarios of pedophiles “hacking” into school systems to get at their tracking data, so that they can abduct children more efficiently. But, let's be realistic here: Far more students are going to be improperly taken right outside your doors. It, sadly, happens quite often, without any “help” from RFID systems.

However, should the student attend one of the tracking schools, then they automatically have an escape hatch in their pocket. They can potentially be picked up by the network whenever they pass by an authorized RFID receiver, making it far easier to track down students who were picked up by unauthorized people. Obviously, sometimes this is an honest mistake, or the result of a miscommunication, but isn't it better to know where they are if there's any question as to whether they were picked up by an authorized adult?

Plus, it means you cannot “lose” a student on campus. Kids cutting class to smoke behind the gymnasium can be quickly located. What would be an extensive, expensive, and panic-inducing wide search can be eliminated entirely. 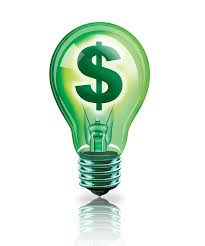 It seems gauche to put this on the same level as student safety, but you need money to operate, and most of your money comes through government sources. You get paid for every student in their seats every day, and your funding is also partially determined by their test scores. More students in their classes means more money to pay for your school.

Beyond that, putting tracking systems in buses similarly saves you money by allowing you to optimize your bus routes, by reducing fuel and maintenance costs. This too keeps students safer by making it easier to locate the bus if anything ever goes wrong.

So, we think the tracking schools are on to something. If it keeps kids safer, increases attendance, and saves the school district money, it's hard to argue against. Give it some thought. And if you think school tracking systems are right for your district, give us a call and we'll tell you more about it.